I’ve been building Martin Simpson and New World model guitars with Wengé necks for a while now with great success. Wengé is stiff, light and resonant and beautiful when laquered. Wengé necked guitars have been amongst the best I’ve built, for example the Blackwood MS model I built for Darrell Scott (see my news item 6 September 2010).

Over the last couple of months I’ve also tried Wengé back and sides on guitars. The first was a New World and was a great success. It went to John Lynch in California who loves it, as did everyone else who saw and played it. The second is a Martin Simpson model which I am still evaluating and is quite as impressive as the New World.
The rich Wengé colour running along the length of the guitar from the back and sides to the neck and head is also very satisfying.

Both guitars have an impressive depth of sound, precise and clear without a hint of boominess. And an excellent bass/treble balance. I love them and am building more of both. 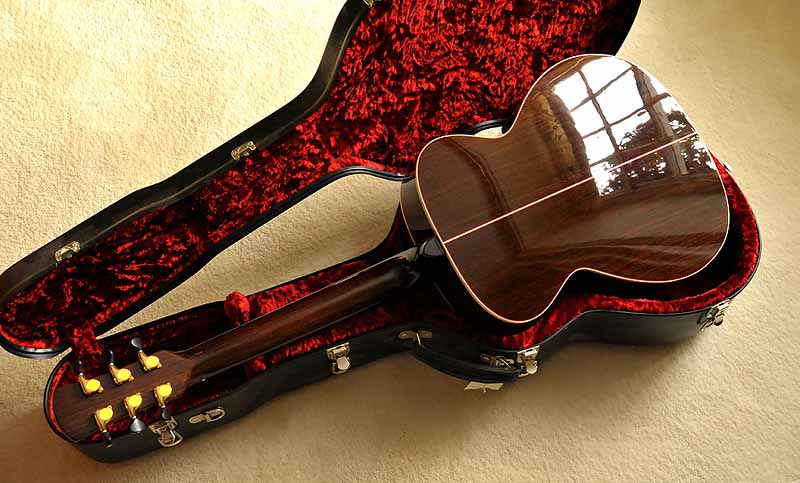 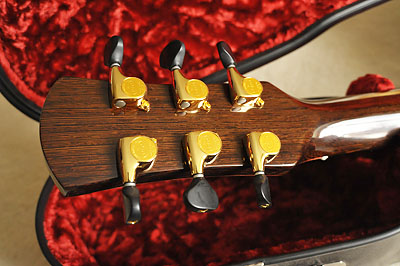 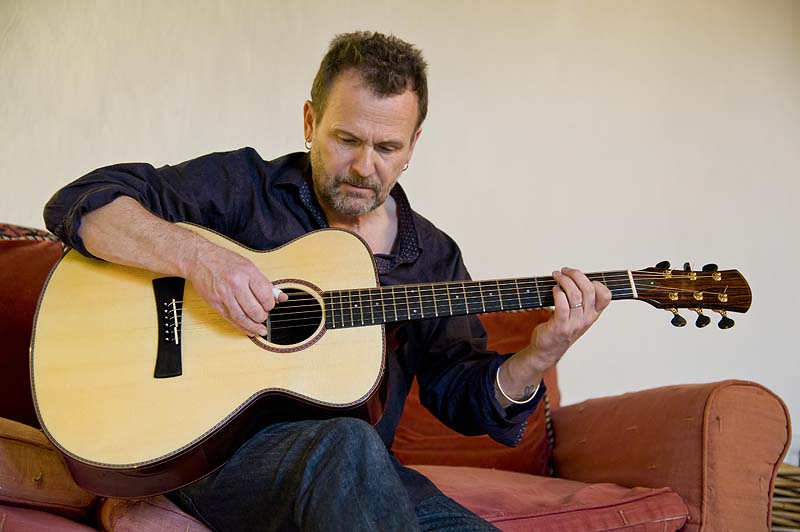 Both Wengé and African Blackwood, another great tonewood, sound a little different to Brazilian rosewood but neither better nor worse. Different woods suit different guitar designs, Wengé suits mine wonderfully.

While in theory it’s possible ship CITES legal Brazilian rosewood (as is mine) to the US, in practice no-one can find out how to do this. However, like African Blackwood, Wengé can be shipped to the US without problems, is fully acceptable under the US Lacey act, and looks and sounds wonderful.