David Wilson has been lacquering my instruments for around 25 years. If lacquering is a black art, David is the magician.

With increasing environmental and health awareness, lacquer has changed over the years and application techniques have had to keep up. Instrument finishing being such a specialist branch, lacquer manufacturers aren’t much help; finishers have to work out the new techniques for themselves. David excels here, mostly because he cares so much about his results.

The latest change to the lacquer was the most dramatic, when mid way through 2006 all lacquer became 2007 compliant. The new lacquer is acid catalyst melamine as before, but is much more environmentally friendly. Simply sprayed onto furniture it can probably be used in the same way as earlier lacquer; sprayed onto guitars, flatted and burnished, it behaves very differently. 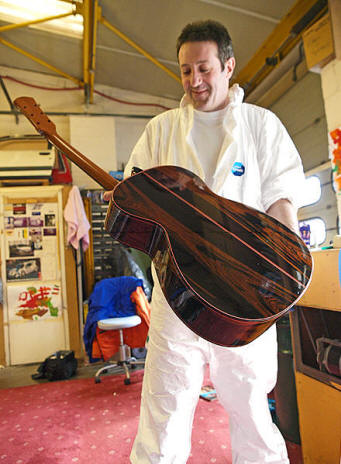 Because his existing system gave rise to all sorts of problems, David spent long and frustrating hours sorting new techniques and methods. I can vouch for this, we had frequent long phone discussions about air bubbles, lacquer pitting, lacquer not drying, not hardening, generally just not behaving itself. Not that I had much to contribute, I was mostly the sounding board for David’s ideas. 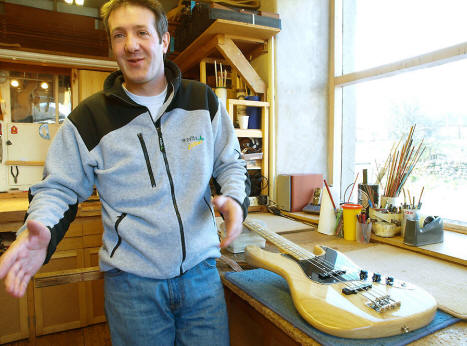 Finishing instruments is still tricky, still requires absolute concentration and care, but the heartening end to the 2007 compliant lacquer saga is that David is now getting better results than ever before.

It’s a credit to his expertise, patience and determination.

David finishes and re-finishes other instruments too. His reputation is such that those wanting the best work sometimes travel hundreds of miles to reach him.

A bass player himself, he also builds electric basses. As with all his work, these are works of art, absolute perfection. 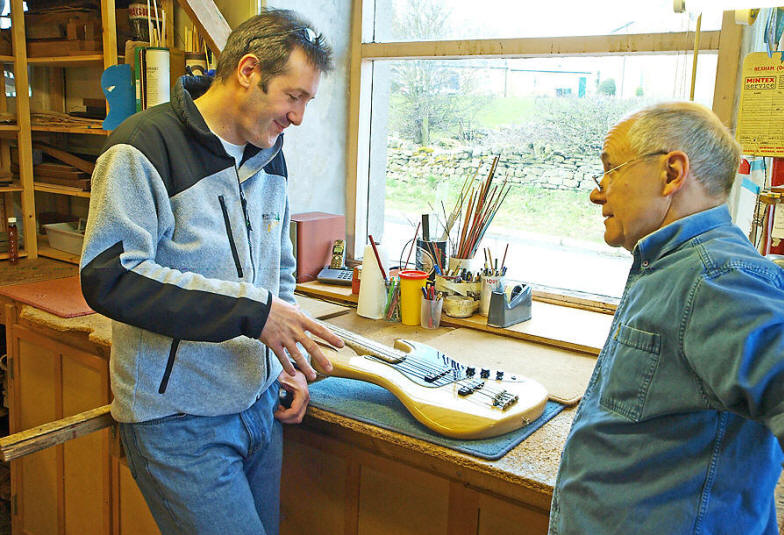