The tail block links the side at the tail and provides a gluing surface for the soundboard and back. Invisible and not an exciting part of a guitar, as with most components it is vital to the structure.

A couple of years ago I had an instrument returned that had clearly been kept in very wet conditions.  The fingerboard had swollen so the fret ends were not visible, the centre join down the back was sunken, and the soundboard was rippled.  A friend suggested it had been kept in a sewer.

But the worst damage was at the tail. I build tail blocks from German spruce, laminated to avoid splitting when stressed, and at the time these laminations were at right angles to one another.  But the extreme damp had caused the horizontal grain piece to expand, which pushed the top and bottom bindings away from the sides, leaving unsightly gaps all around the centre tail strip.

While guitars should never be allowed to get so damp, since then I have laminated tail blocks so the grain is not quite vertical and alternate pieces slant different ways, as in the photo left.  While extreme wet could still allow expansion to take place sideways, this is less damaging than vertical expansion. 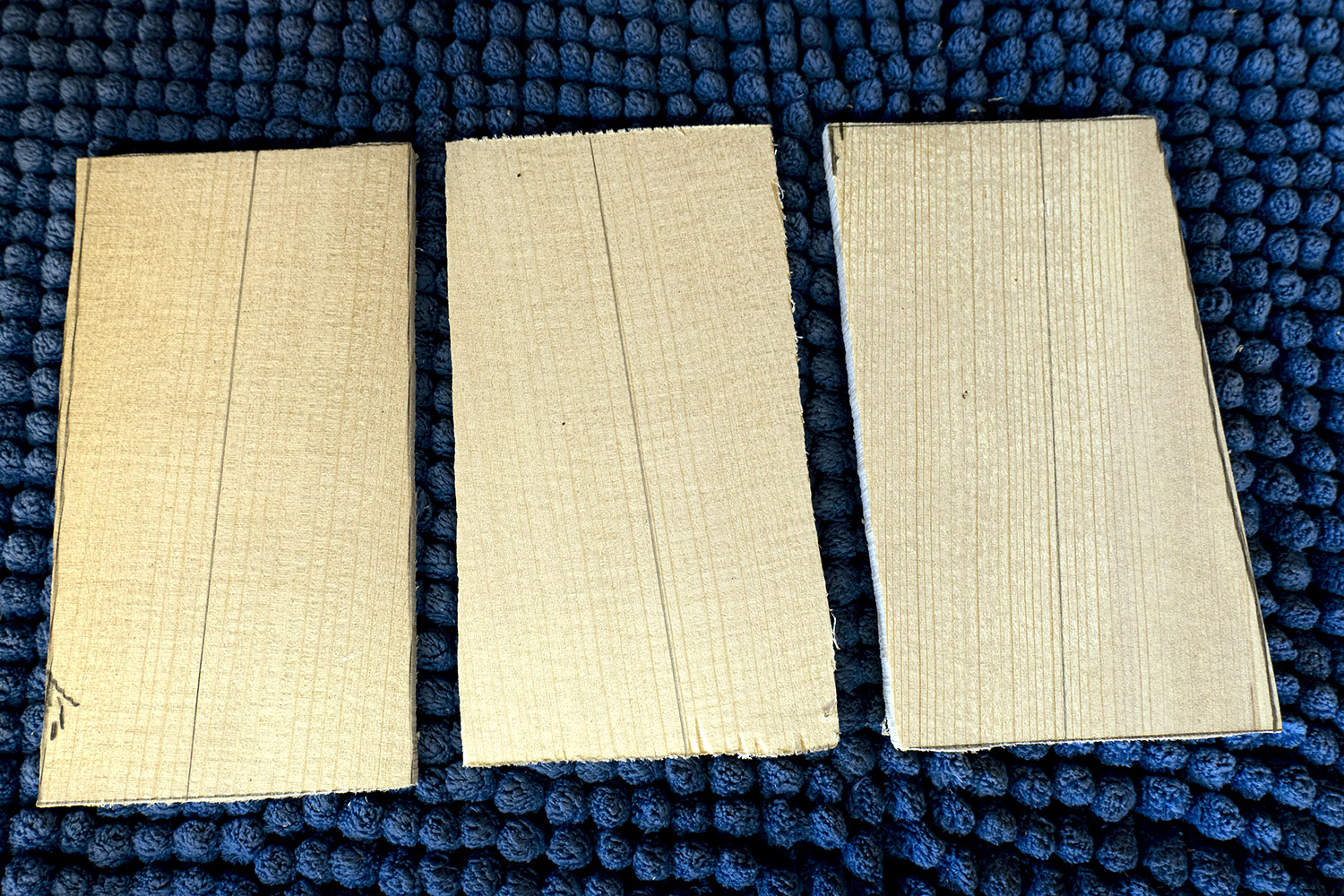 Pencil lines show grain direction. These laminations will be glued with alternate slant. 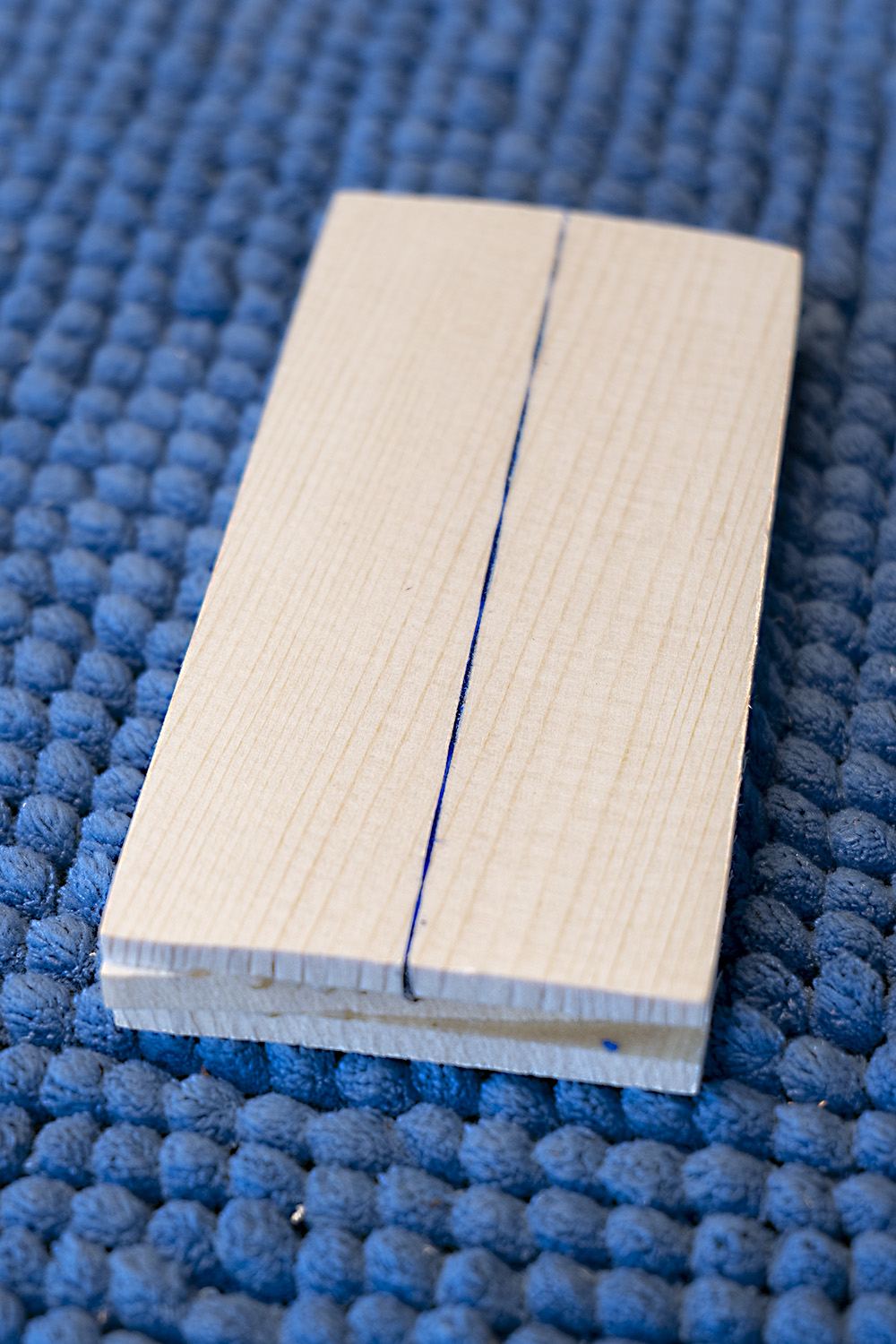 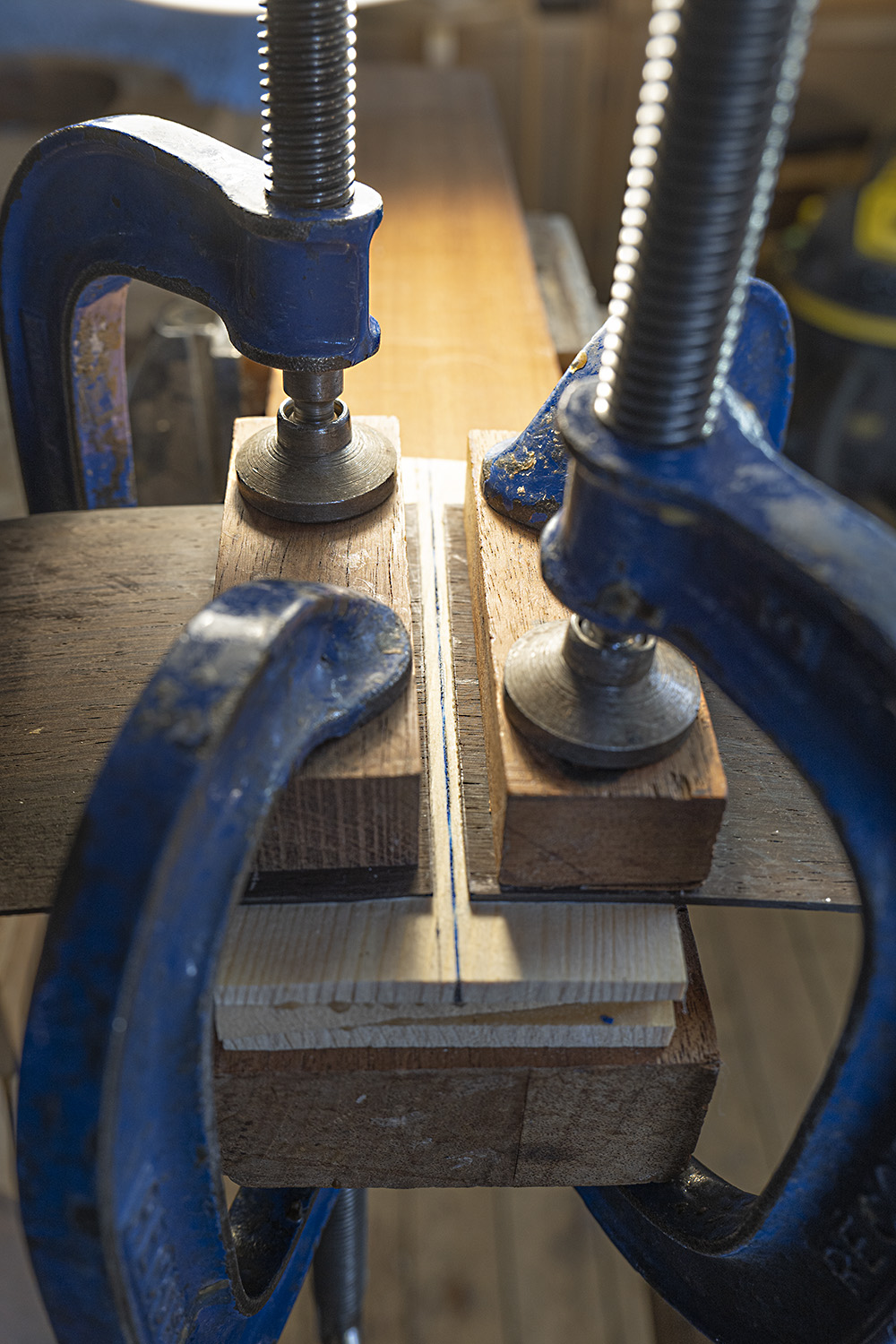 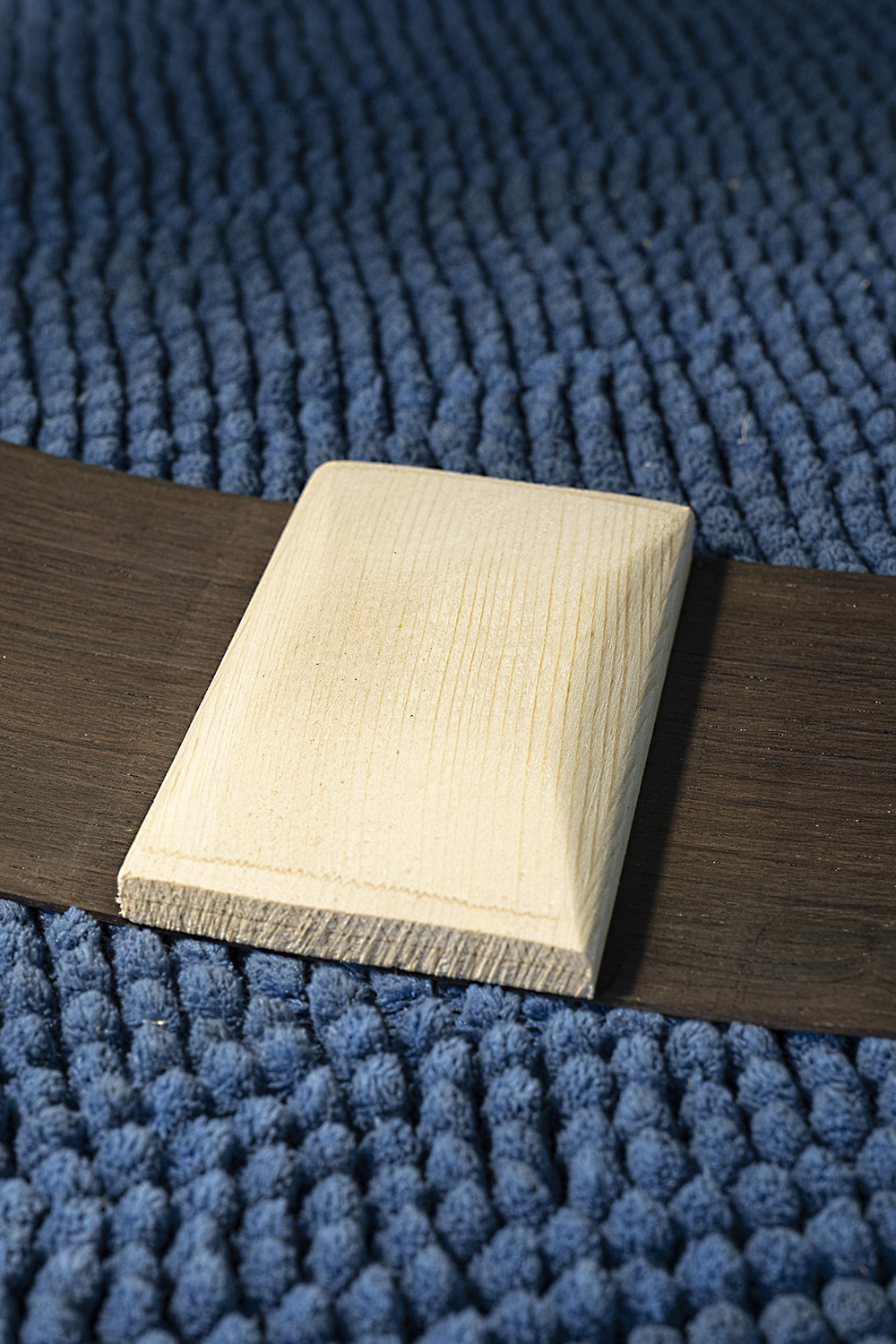 The photos left show the finished tail block, the sides gluing to it and the tail block in place.

Photos below show  the body ready to receive bindings with the centre tail strip in place, and the tail with the Santos rosewood binding in place and mitred into the tail strip. 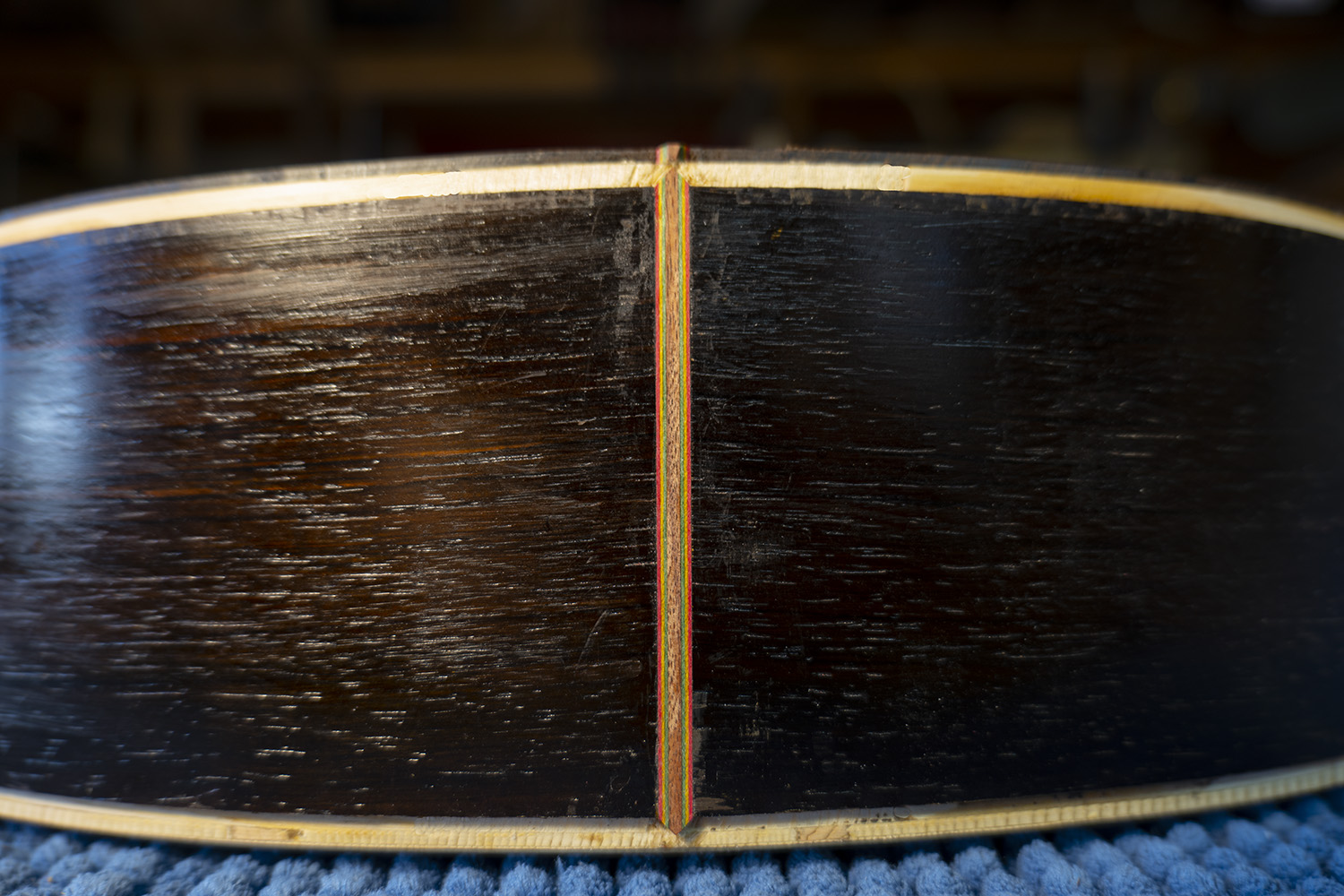 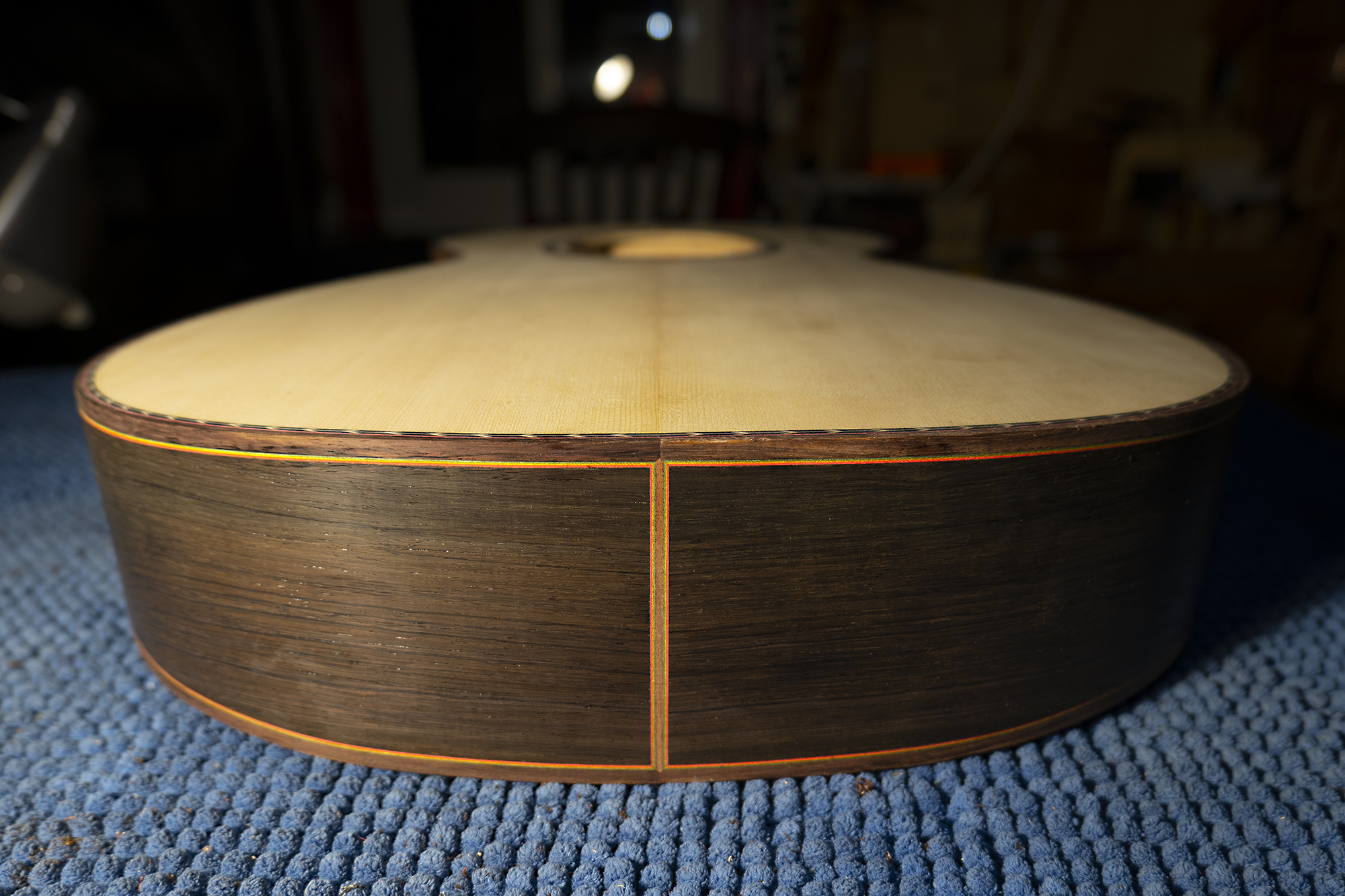