This guitar has been finished a while now, but I loved it, played it every day, and was reluctant to part with it.  However, this last week I’ve traveled round most of the country and came back via Sheffield to visit Martin and see if he wanted to take it.

Martin played it for hours in the evening, and more hours in the morning, beautiful sounds drifting up to me while I was still lying in bed. When I eventually went down, he said ‘it’s astonishing’.

Martin playing it at home in Sheffield. 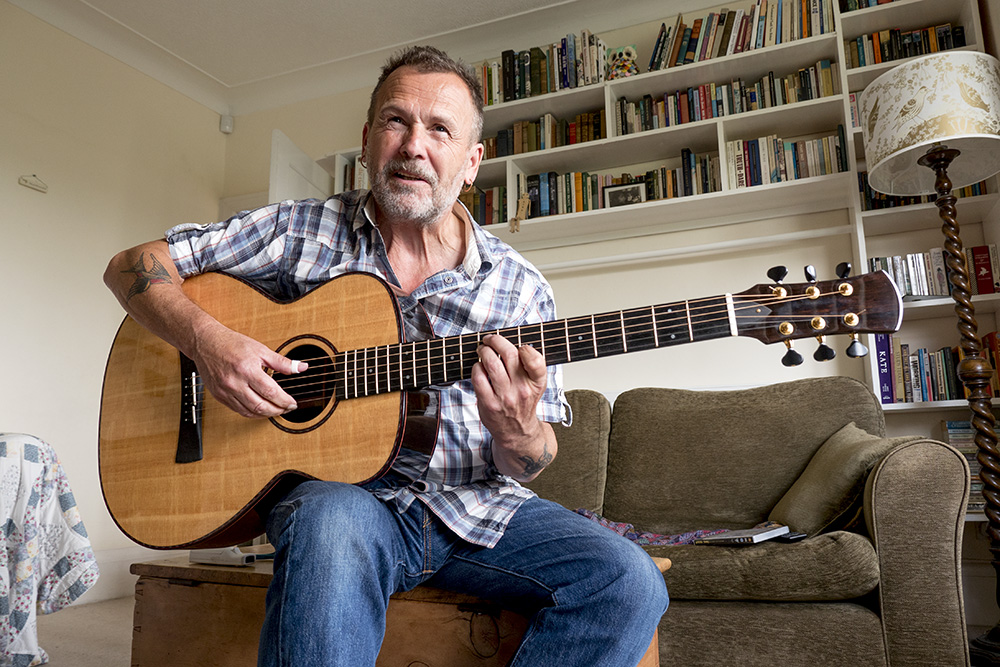 The Steinbeck D is a large guitar, built on my Model 2 body, with an extended (28.5″) scale.  It has African Blackwood back and sides, a figured Sitka soundboard, and a Wengé neck, the same woods as the standard smaller bodied Steinbeck.

It’s designed to be tuned one tone below standard, so fitting a capo to the second fret gives standard pitch at standard tuning and standard tension. Played open without a capo it has a magnificent depth of tone; played with a capo higher up it blossoms as a different guitar, bright and ringing.

Very little Martin plays is in standard EADGBE tuning, but each of his tunings becomes a tone lower than on a standard scale guitar.  So the low C he uses in his nearly open C tuning becomes a low B#, immensely low and rich. 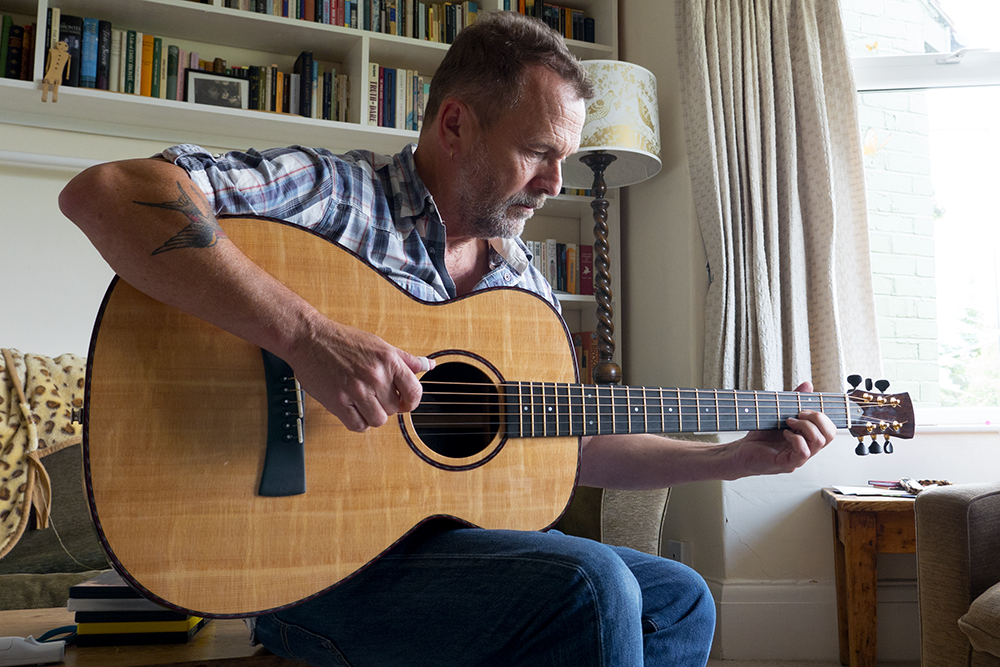 Long scale means it’s quite a reach to the nut 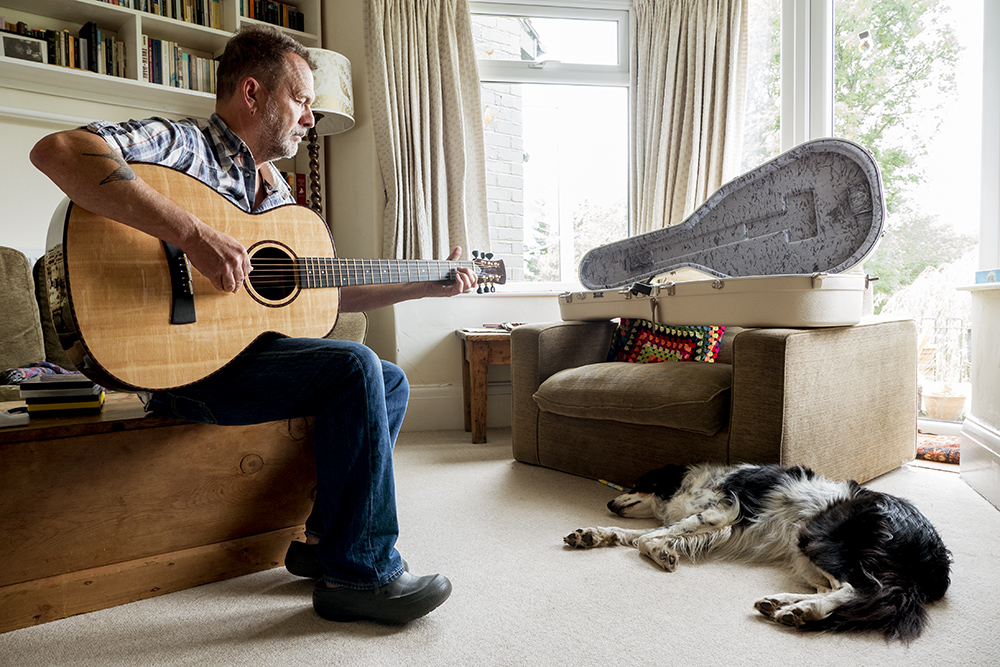