It has an Adirondack soundboard, modified soundboard bracing, African Blackwood back and sides, and a Madagascan rosewood neck.

My usual policy is to introduce only one change at a time, giving me a good idea as to the effect it has on the sound. Introducing so many means it will be harder to say which of the changes makes a particular difference. But on this occasion, enthusiasm overcame logic.

I have admittedly built all these features into previous guitars, but mostly only once. And conclusions drawn from a sample of one are unreliable.

I should have an idea of how this guitar will sound in a couple of weeks. 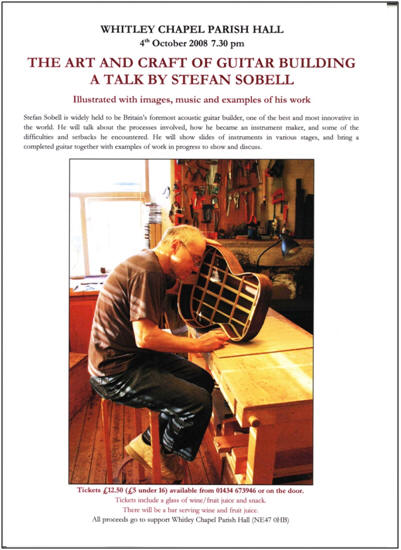