The neck is now shaped (the heel was shaped before the neck was fitted). Now the fingerboard will be leveled, cambered and fretted. 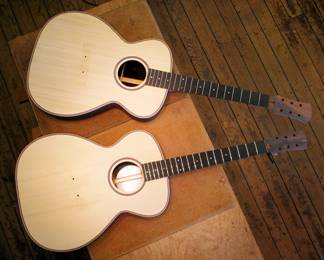 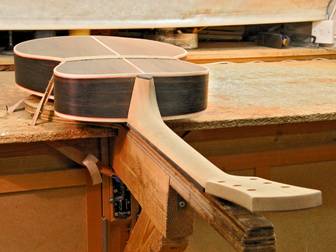 The two experimental New World guitars are now ready for lacquering. You can just see that the bridge gluing area has been masked with clear tape, so it won’t be lacquered along with the rest of the soundboard. I can then remove the tape before glueing the bridge on.

The finishing process takes between two and three weeks, after which the bridge can be glued to the soundboard, the nut and tuners fitted and the guitar can be strung up. 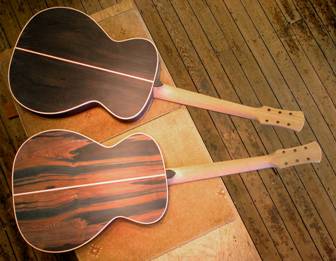