Before starting this 12 fret New World D, I planned on building an MS model and had cut the rosette slot and fitted a double arrow-head rosette.
When I decided that I would instead build a New World D, I was still able to use this soundboard, but the rosette and soundhole would have been in the wrong place for a 12 fret. There was no possibility of moving the rosette and anyway, no need to, because the soundboard was big enough for me to re-position the guitar shape.

In the photo of the rosette, you can see some of the original MS outline, and how different the soundhole position would have been.

The difference would have been greater except that the 12 fret has one fret fewer between the neck end of the body and the soundhole.  The bridge will of course be closer to the tail by the distance between the 12th and 14th frets, and the bracing pattern has been modified accordingly. 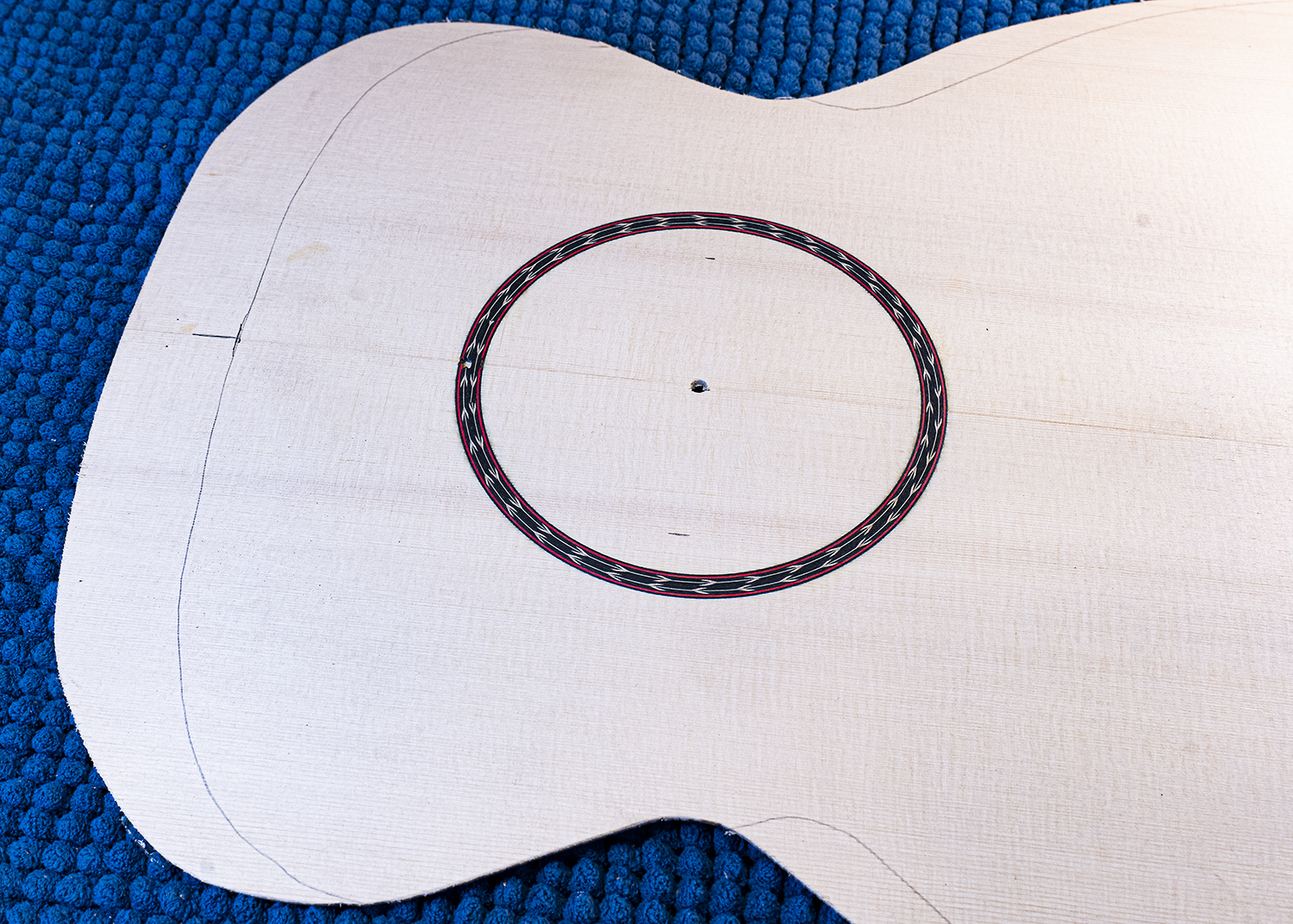 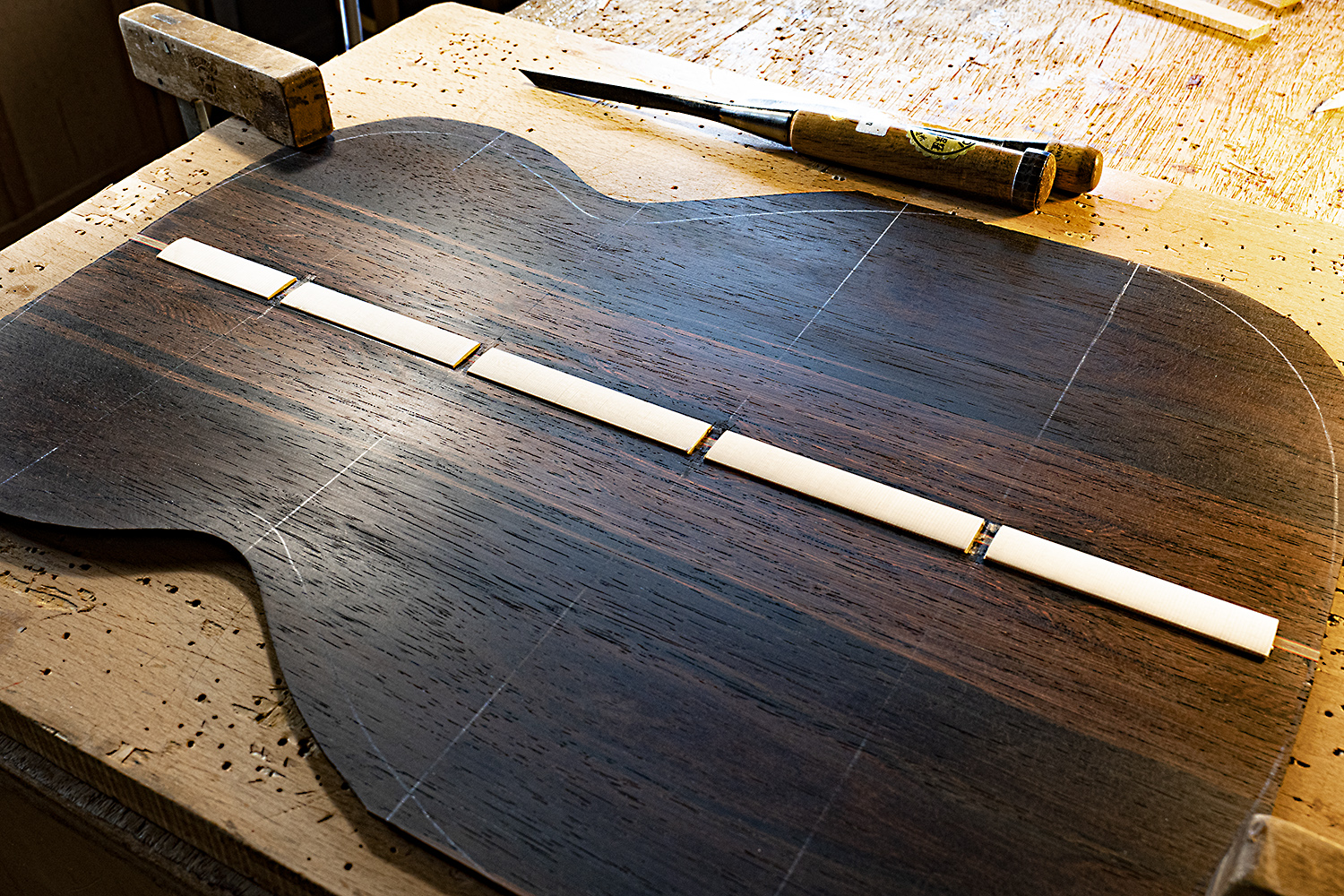 Above, the centre reinforcement has been cut away to receive the back braces.  You can see from the guitar outline, this back is not quite as wide as the NW body. However, the binding and purfling will add enough width that it will be just wide enough. Otherwise I would have had to add a narrow tapered centre panel to make a three piece back.

Right, the braces have been shaped (all four to the same curve) and glued in place.  Another example of the usefulness of the go-bar jig, this was a much more complicated operation before I had it. 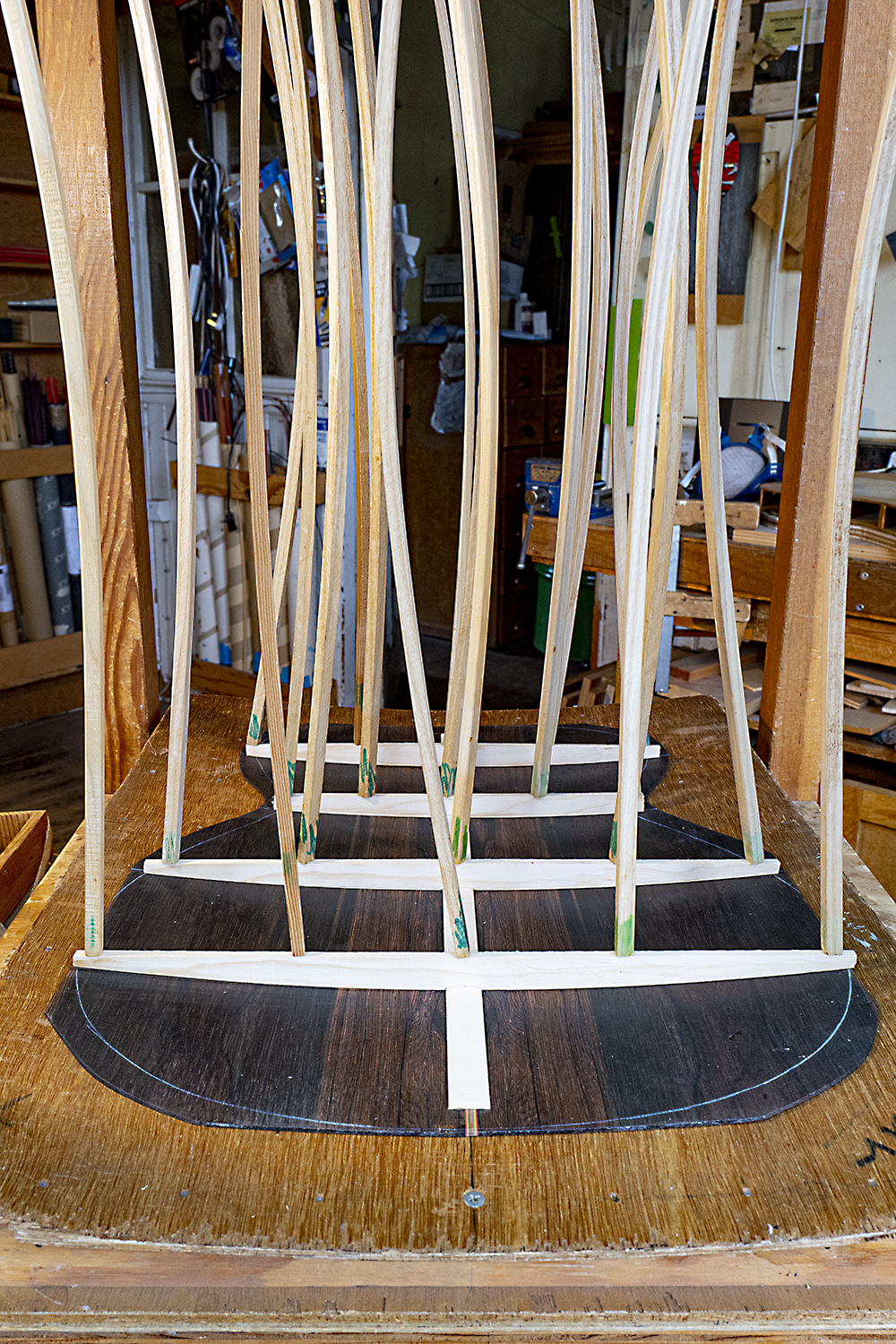