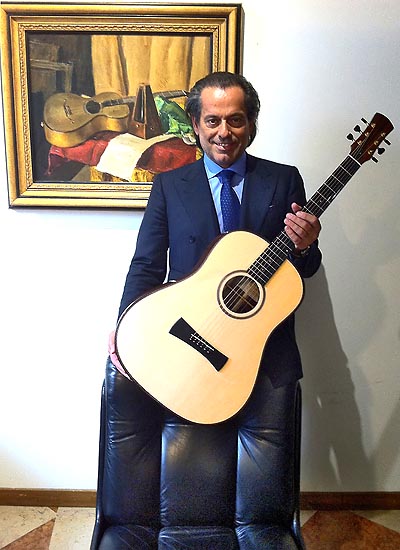 Massimo Raccosta received his Model 4 Dreadnought today at his office in Verona, Italy. He sent me this picture. I have talked and emailed with Mr. Raccosta many times, but only now do I realise he is in fact half man, half chair.

He has a very extensive collection of fine guitars, both old and new, and will be showing them in his private museum late this year or early next year. He had hoped the museum would be ready sooner but was delayed by the discovery of an ancient Roman thermal plant just below the location of the museum.

This is common in Verona, where there is an ancient Roman town two metres below the present town.