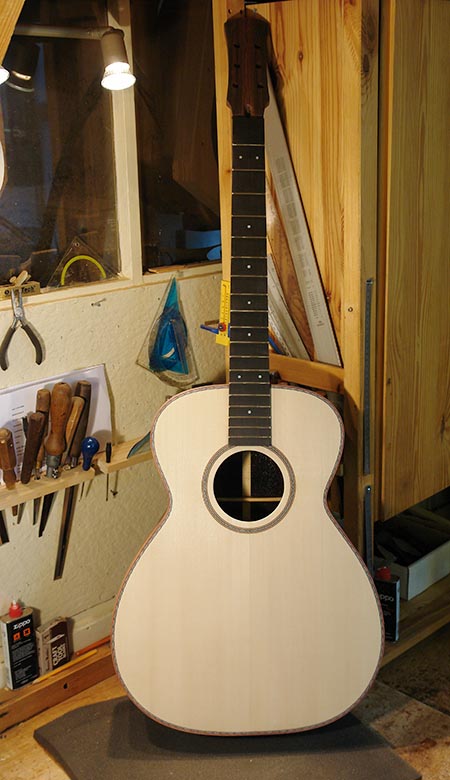 Some time ago Maurice Condie asked me to make a D guitar and suggested I build it on my Model 2 body – a really good idea. A 14 fret to the body D guitar has to be based on a 12 fret model, and whereas the MS and NW D guitars I’ve built have been 14 fret bodies adapted to take the 12 fret bridge position, my Model 2 was designed as a 12 fret to the body guitar from the start and needed no modifications.

To my eyes, the proportions work out particularly well, the longer neck balancing the relatively long body. Built with African Black-wood back and sides, a German spruce soundboard and a Wengé neck, it should sound excellent. Both Maurice and I are looking forward to being able to play it.

Not great photos (especially the one below), but they show the shape and proportions of the guitar. It’s now ready for David and the spray-booth.