For decades and decades, guitar bodies were made from three woods; Indian rosewood, mahogany and, less often, maple. I knew some exotic guitars were made of Brazilian rosewood, but saw only a handful in the twenty years or so I played the UK folk clubs. If other woods were used, I never heard about them.

In the past few years this has changed greatly. Partly because more timbers have become available and offered to builders and partly because of restrictions on previously used woods like Honduran and Brazilian rosewoods. 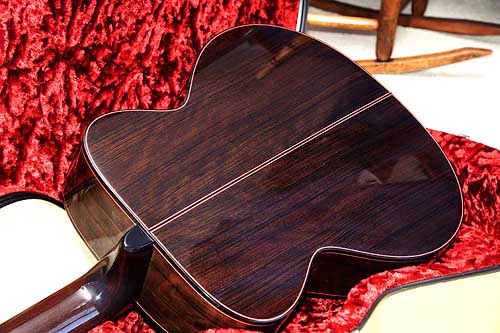 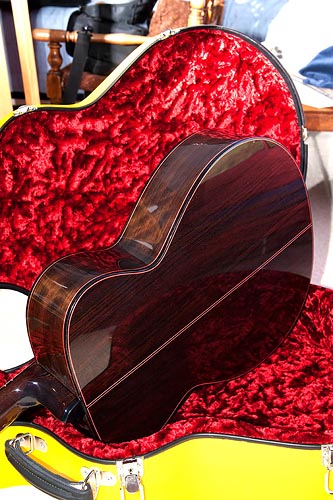 A few years ago I was offered and bought some Malaysian Blackwood. This could have varied colours rather like Brazilian rosewood or be dark and straight, more like African Blackwood. It was this dark wood I bought. Not only did I like the look of it, it also had a promising tap tone.

I’ve now built and strung two Martin Simpson models with this wood, and both worked out wonderfully well. The sound has the smooth depth of African Blackwood but is slightly brighter overall, and suits the MS model perfectly. So now I’m offering it along with my other standard MS model woods. I’m in process of building a Malaysian Blackwood New World model.[/two_third_last]