Darrell Scott is a truly outstanding singer, songwriter and guitarist.  His songs have been covered by internationally known names, his singing is immensely varied and completely riveting, and his guitar playing is out of this world.

Due to play a one off concert for the Southern Fried festival in Perth, he asked to borrow a guitar so as to avoid the hassle of bringing his from the US for a single gig.

I took him my latest development Martin Simpson S model, a slightly slimmer bodied version of his standard MS, with a German spruce soundboard and African Blackwood back and sides. It was fitted with a Highlander pickup, and he also had a microphone in front.  Combined with Darrell’s playing the sound was phenomenal.

After the first couple of songs, complete with dazzling guitar breaks, he paused, looked at the audience and said ‘Does the guitar sound good?’  There was a huge roar of ‘YES!’

‘That’s because it was made by Stefan Sobell’ he said.  A great compliment.

It was a great concert, given a wonderful reception by the audience. 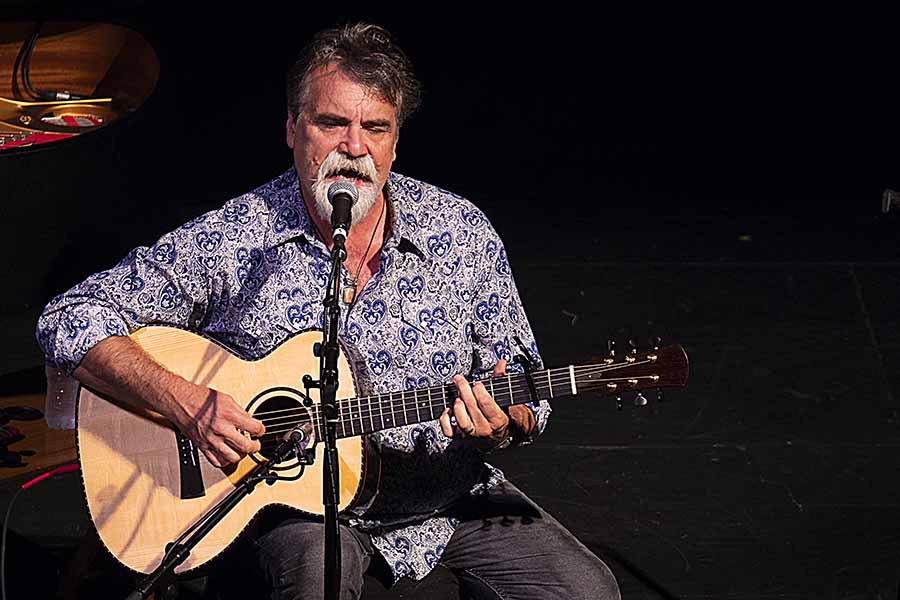 During the concert Darrell several times re-tuned between standard and dropped D tunings.  He said  ‘Another thing about Stefan Sobell guitars, you just tune them and play, you hardly have to tune them again.’

As well as playing so quietly that the audience almost hold their breath, he also likes to ‘dig in’ as he puts it, putting more energy into the guitar in a couple of minutes than most guitarists would in an hour.  It says something else about his playing that after over an hour of this, the guitar is completely unmarked.

Having now been thoroughly road tested, this guitar will shortly be for sale and will appear on my ‘available now’ page. 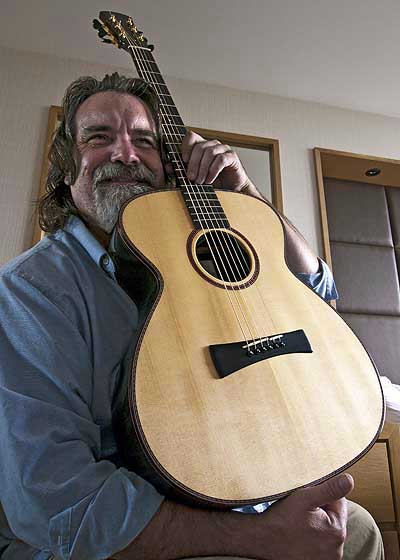