Fitting a capo to the second fret gives standard pitch at standard tuning and standard tension. Played open without a capo it has a magnificent depth of tone; played with a capo higher up it blossoms as a different guitar, bright and ringing.

2020 German spruce and African Blackwood Model 2D.
Click on this photo for video link: ‘The House of the Rising Sun’ arranged by Mark Thomson, played by Jonny Moss on this guitar tuned CGCFGC, no capo.

A few guitarists keep their guitars tuned permanently low, sometimes a semitone below concert pitch, sometimes a full tone.  But tuning low on a standard scale has limitations, so in 2004 I built a long scale guitar to tune a tone down from standard.  In standard tuning the 1st and 6th strings drop from E to D – hence the name ‘D’ guitar.   (It turned out to be another case of re-inventing the wheel; there were already D guitars in existence).

When Maurice Condie came to see me about having me build him a D guitar, he suggested I base it on my Model 2.  This has a longer body and was designed as a 12 fret, so needed no adaptation – a really good idea I should have thought of earlier.

The 2D has now become my standard D guitar.  It is available with a German spruce, figured Sitka spruce and now also Douglas Fir soundboard and Maysian Blackwood, African Blackwood and Brazilian rosewood back and sides.

Not only does it play a tone lower, but whatever the tuning the D guitar has a wonderful deep resonant sound, a sound you just don’t get from a standard scale guitar.

Maurice and his 2015 2D ‘Still loving the guitar. It has become my most used live guitar.  It really does do everything.’ 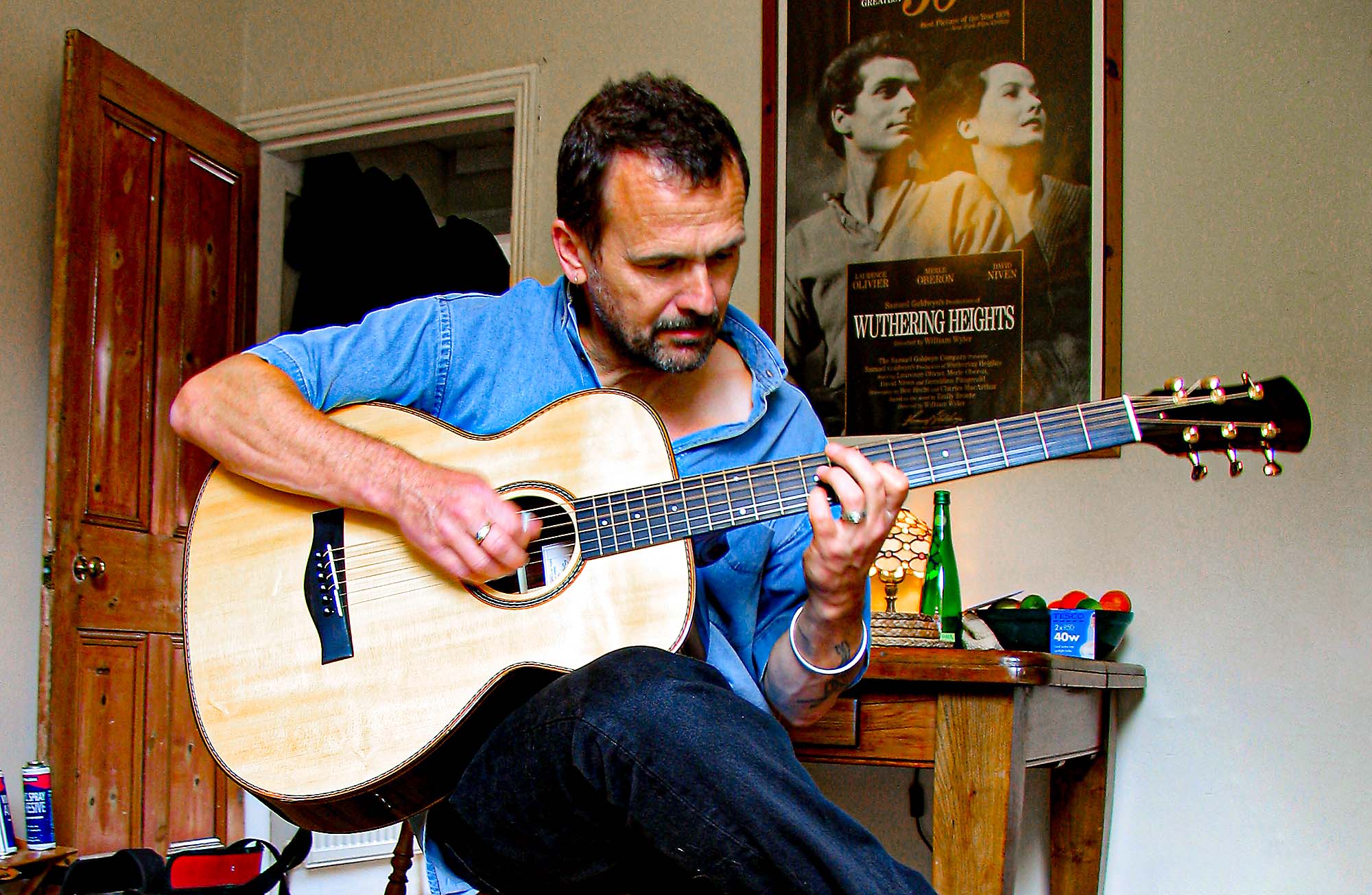 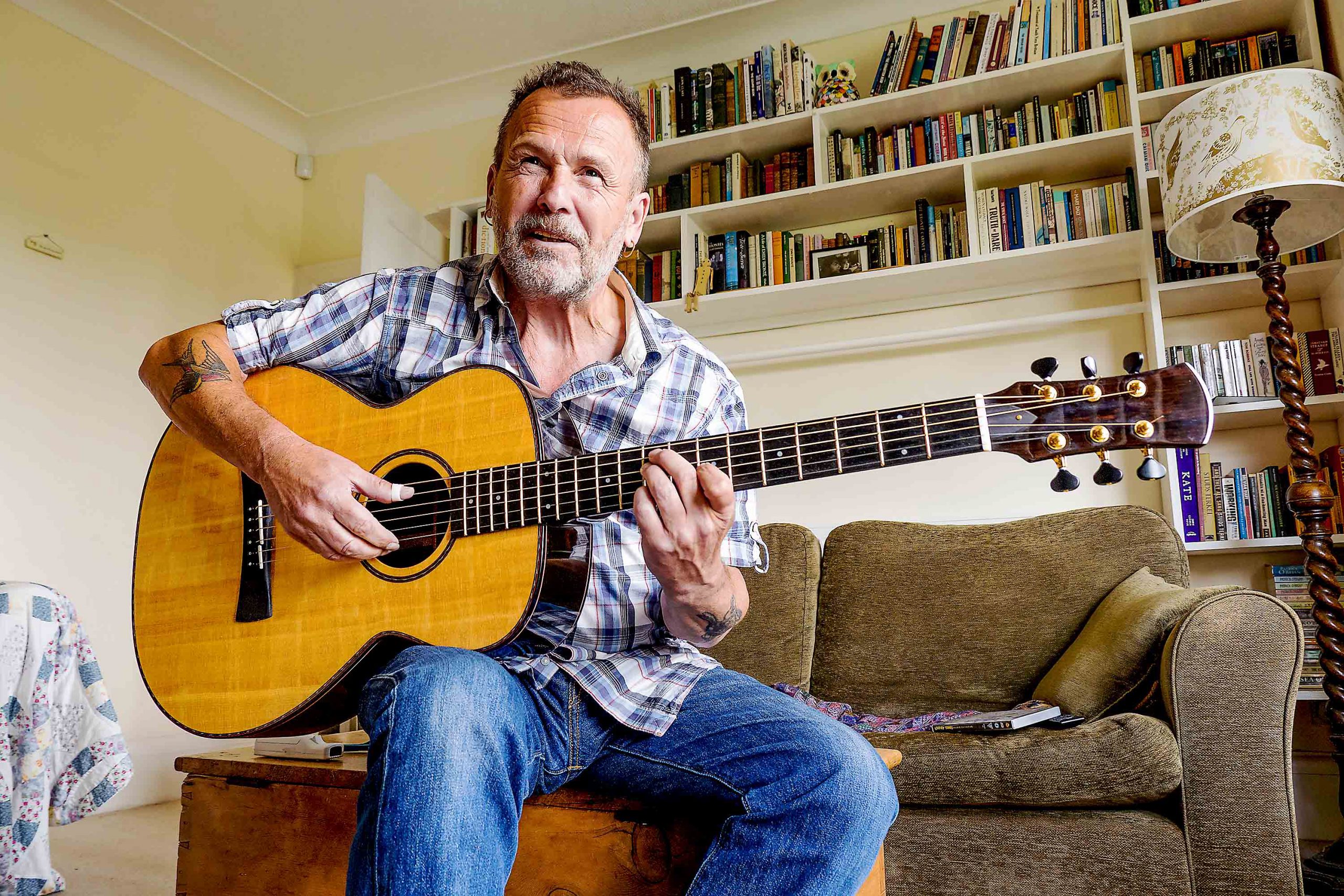