The African Blackwood New World model (see News item 13 Feb 09) has now beem finished and strung for several weeks. It sounds excellent, and makes an interesting variation on the rosewood NW sound. I like both very much .

It’s been admired by everyone who’s played it and will be going to Martin Simpson to join his two MS models and his Model 1.

Highland piper Duncan McGillivray called recently on his way to play at a wedding in Newcastle-upon-Tyne. He checked his pipes before setting off, not impressing the dog but greatly interesting cattle in the field behind.

Duncan is a champion piper known to many in the folk world as the piper with an early line-up of the Battlefield band. 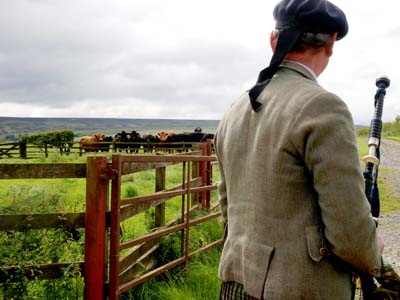 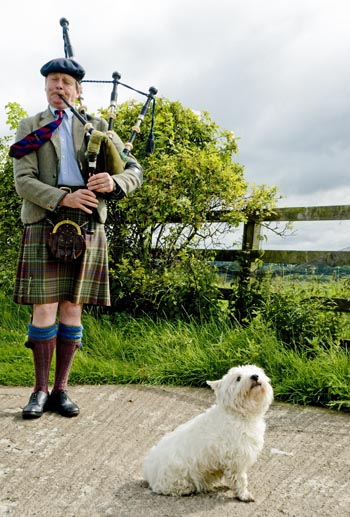