Some time ago I joined a Brazilian rosewood guitar back, fitting a red/gold/green centre trim at the same time. The wood was around 5 millimetres thick and the joined back was sanded down to its final thickness of between two and two and a half millimetres; the exact thickness depends on the individual wood used. 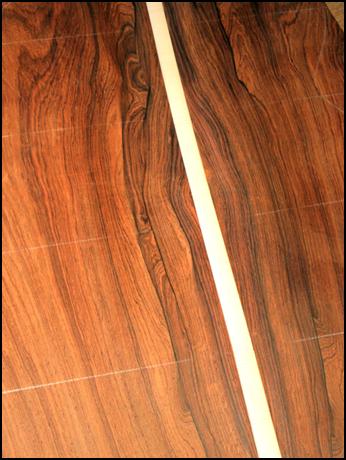 I have now decided to use this Brazilian wood to make an experimental Martin Simpson signature model. This means replacing the existing colours with red and white trim on either side of an ebony strip. However, cutting and re-joining the back around the new trim is tricky, as the wood is already down to its final thickness; any misalignment would mean the back ending up too thin. I decided to replace the trim without separating the two halves of the back; this was possible because the MS trim is wider than the original colours trim.

First I glued the thin spruce reinforcement strip on the inside (left). I laid it reinforced side down on the bench, supported underneath on either side of this strip. Next I clamped a straight flat board over the back, parallel with the centre join, along which I could run a miniature Dremel router (below). I then routed a slot the width of the new trim; this slot was deep enough to just reach the spruce reinforcement underneath. I routed several passes to cut the slot to the correct width and depth.

The new MS trim is already made up into one piece, making glueing it in place much easier than fitting seven separate strips. Using the go bar jig I glued the new centre trim in place, making sure it seated to the bottom of the groove (below). The strip is thick and rigid enough not to need additional support when clamping down. 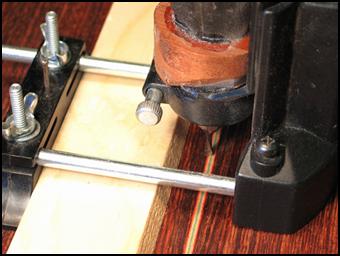 When the glue had dried I was able to take the centre trim down level with the rest of the back (below). It’s now ready for bracing. 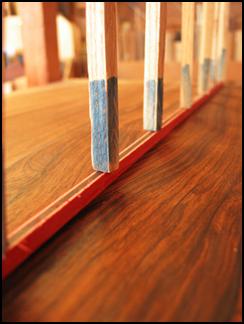 I plan to use this back, along with its matching sides, on a second Martin Simpson long scale D guitar (see my news item of 1st October 2006).

This second guitar will be of similar specification except that it will have an Adirondack spruce soundboard rather than the European spruce of the previous guitar. 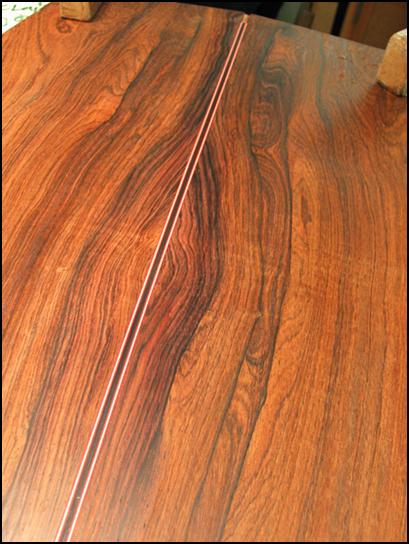 I’ve seen a few of my early instruments recently, and Peter Miller from Argyle, Scotland, brought me his 1977 cittern to attend to. The nut needed raising, otherwise it was perfect playing condition. 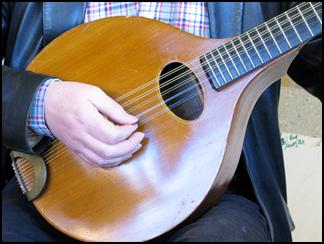 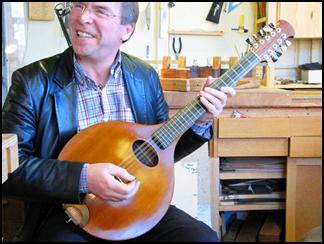