Fretting and making the bridge

The last work before handing over to Dave is first fretting the fingerboard and then making the bridge.

Fretwire has undergone changes in the time I’ve been building. When I started, nearly 50 years ago now, nickel silver fretwire was considered the best available; I used it for several decades without giving it much thought.

I’ve learnt since it doesn’t actually contain any silver but is an alloy of copper, nickel and zinc, and these can be combined in different proportions, so giving the metal different qualities.

In the early 2000s it became clear the Jim Dunlop nickel silver fretwire I’d been using for years wasn’t as hard as it had been. Not only were instruments needing re-fretting much sooner, but also leveling and re-profiling frets was noticeably easier and quicker; other makers were making the same complaint. But when Dunlop was approached and asked would they go back to the earlier nickel silver, they said there had been no change; it was the same now as it always had been. Clearly not the case.

Stainless steel frets have been discussed and used by some makers for many years, and while they are very hard had the reputation of being difficult to fit to a cambered fingerboard.  I was on the point of trying them when another option appeared. Jescar Gold fretwire (it has a very faint gold tint) is as hard as stainless steel but easier to bend to the fingerboard camber.

Since then I’ve used it exclusively, on both mandolin family instruments and guitars. I can’t say exactly how long this is, but it’s several years, and in this time I’ve had none back for re-fret and seen no dinted frets even on well played instruments. 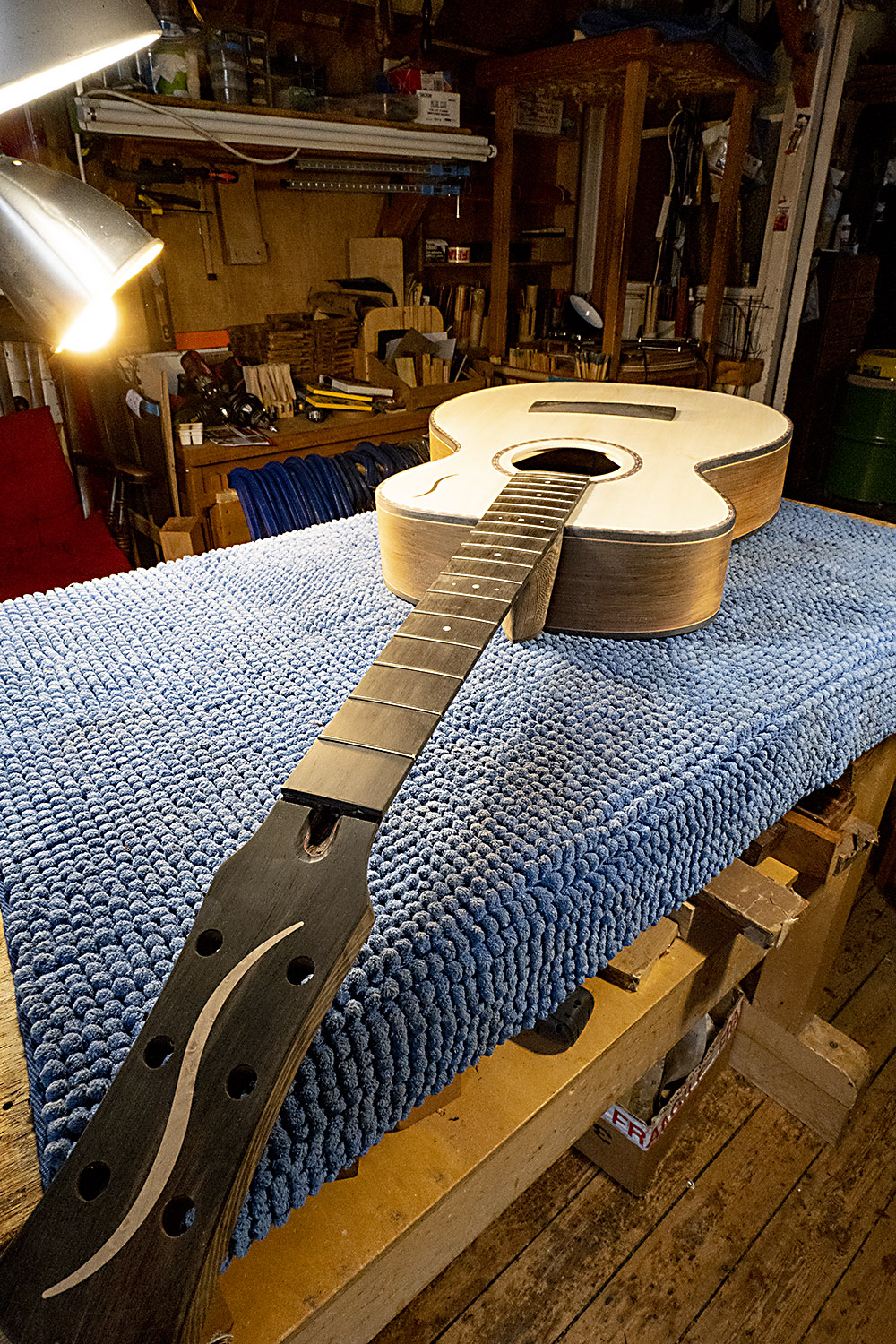 Guitar fretted; bridge is just resting in place, will be glued on when the guitar has been lacquered 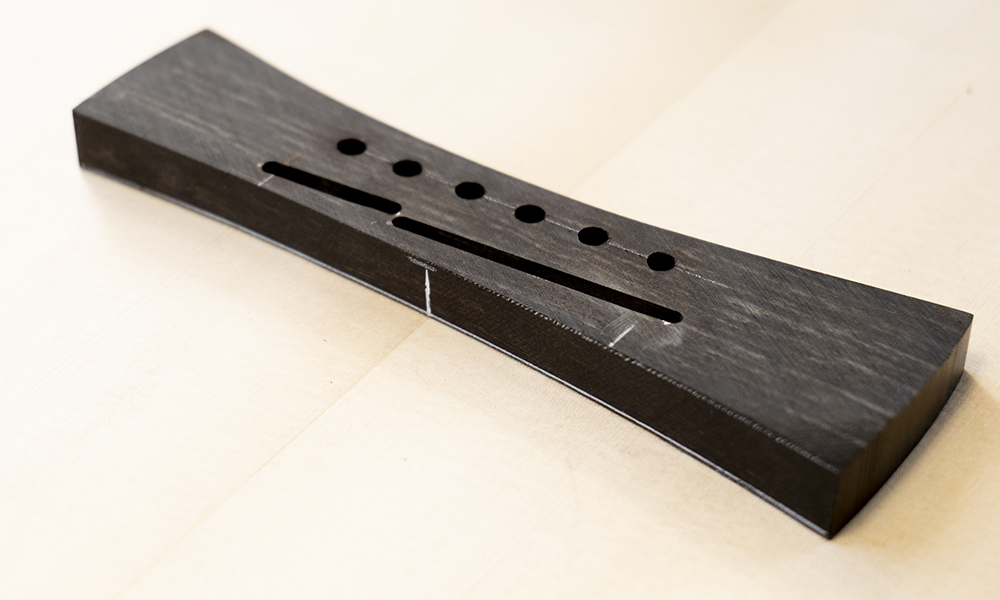 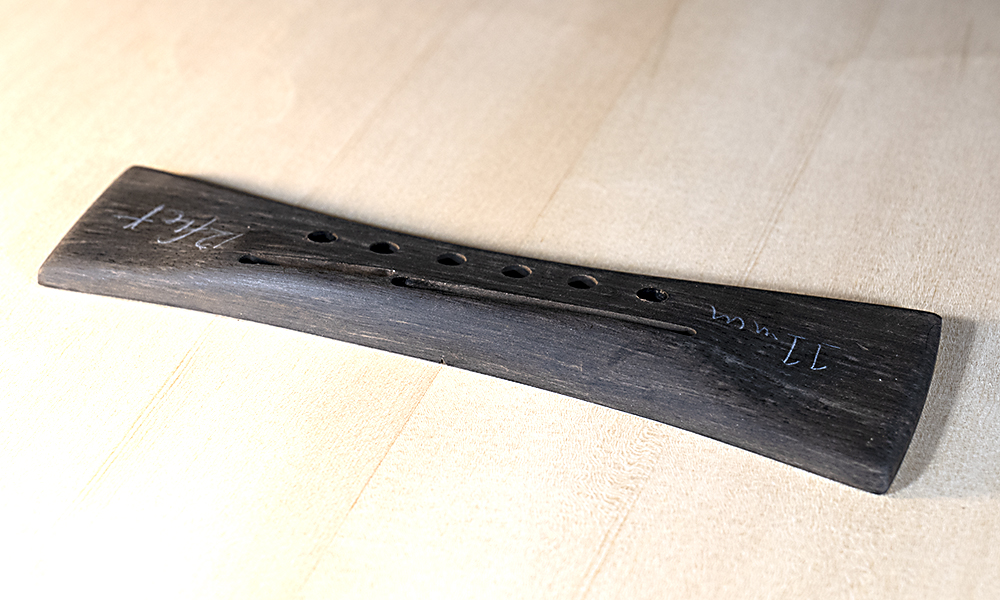 Bridge in its final shape. Writing identifies it as individually made to fit this guitar 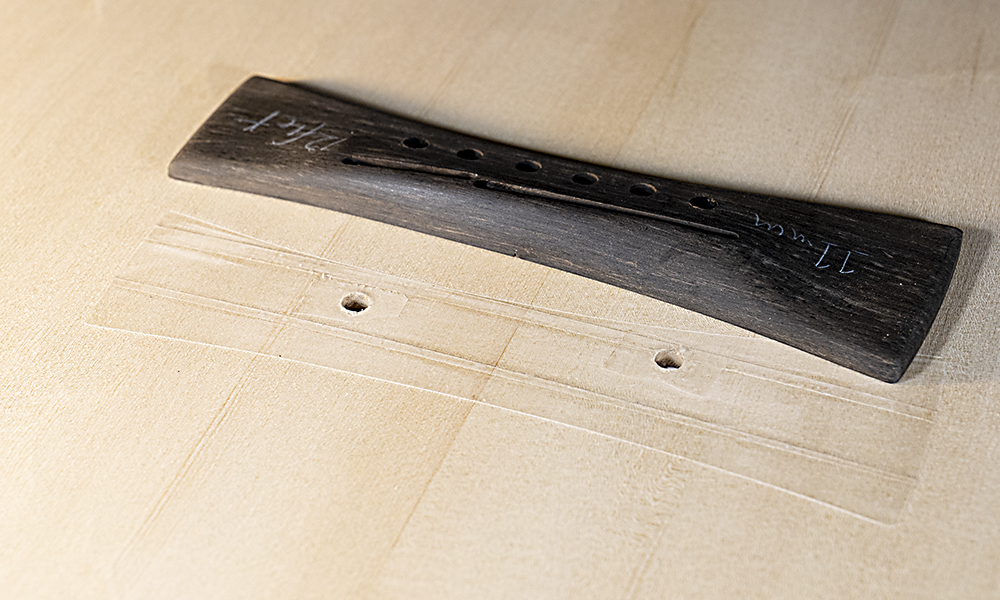 Tape will be removed after lacquering, holes locate bridge while gluing

Ready for Dave Wilson. I now have to curb my impatience to string and play it.